When to call a Pest Control Professional 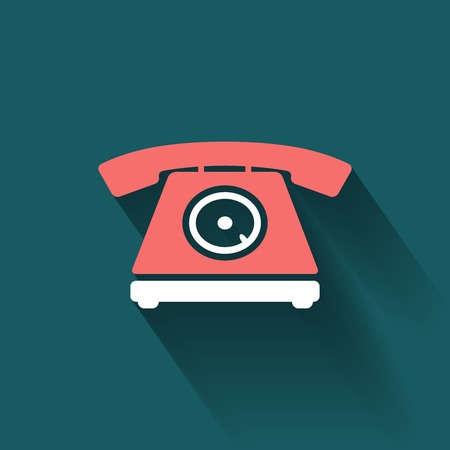 Sometimes bugs and other forms of wildlife are a minor annoyance. Other times, they pose a significant threat to your family and your home. Though it’s usually easy to find some DIY recipes for pest control on the Internet, these methods don’t always eliminate your problems. It’s important to recognize some of the most common pests in Calgary and Edmonton and know when to call in a professional.

Bedbugs
Bedbugs are so small that they’re easy to overlook until they become a much bigger problem. Despite their name, these annoying creatures are also found living in the seams of your furniture and small cracks on the wall. They might migrate from a neighbouring apartment or enter your home from your shoes or laundry after a trip. Most people start to suspect bedbugs after waking up to itchy red marks on their body. Bedbug bites are usually on the arms or shoulders, and they can be spread apart or close together. If you see these odd bite marks, start to look for other physical signs of the bugs. For example, you might find small bits of excrement, which often have a light brownish-red ring around them where the colour bleeds. You could also find yellowish coloured skins or the bugs themselves. Bedbugs measure about 1 millimetre in size, so they’re small. Look for them around the mattress, but also along the door frame, in corners, around light switches and in your furniture. The Environmental Protection Agency says that a general rule of thumb is that if a space is big enough to fit a credit card, it’s big enough to fit a bedbug. If you find one bedbug, there’s probably a lot more hiding in other places. Bedbugs can be a serious infestation, and you really should call in a professional exterminator to get rid of the problem. By waiting or trying to treat the problem on your own, you’re allowing the bugs to breed and make the infestation even worse. A pest control expert can help you plan for the visit. Prepare to get rid of clutter, clean the affected areas and do a lot of laundry.

Wasps
Often seen as the angry relative of the beneficial honeybee, wasps are rarely a happy addition to the backyard. Though they do help the garden by eating some harmful bugs, the fear of getting stung is the prime motivator for wanting to get rid of them, especially if you have kids. You’ll primarily see them starting in the late spring, and they become more of a problem as summer turns into fall, when their numbers have increased.

If you’re seeing an unusually high number of wasps, try watching to see where they go. You’re likely to find a wasp nest hanging from a tree or somewhere along the eaves of your home. It’s also possible to have nests located in your walls, which you should suspect if you’re frequently finding them inside your home. Wasp nests usually look like a paper ball.

Most home improvement stores sell a spray to kill wasps. If you’re going to do this, it’s best to spray at night, when they are less active. You’ll also be more successful if you find the nest in the spring, when there are fewer of the bugs around. However, in doing this, you run the risk of making a mistake, causing the wasps to come out of the nest and come after you. It’s also possible for the nest to fall down and break apart. Because of this, many people are more comfortable hiring a pest control company to handle the work. It’s safer to leave this to the professionals at ZAP Pest Control.

Mice
Though some people keep mice as pets, most homeowners are not too happy with seeing them scuttle across the floor or hearing them in the walls. Mice can be particularly troublesome, as they can damage the walls or wiring inside the walls if that’s where they’re living.

In Calgary and Edmonton, you’re most likely to encounter mice when the months start turning colder and the little creatures are looking for a place to keep warm throughout the winter. If you have a mouse problem, you might hear scuttling or squeaking in the walls, smell something a little off on just one room or notice small mouse droppings about the house.

Most likely, you won’t know how many mice you have in the home and they reproduce quickly, so the problem can really get out of hand. Though stores do sell mouse traps, including the well-known “snap trap” varieties, as well as the “Have-A-Heart” kinds that keep the mouse alive, this doesn’t always get rid of the problem at the source. An exterminator from ZAP Pest Control will not only get rid of the rodents, but will also attempt to find the area where the animals are entering your home and block that entrance so that the problems won’t continue.

Other Types of Pests
Of course, these aren’t the only types of pests you’ll find in Calgary or Edmonton. You also might find ants, Hobo spiders or the Boxelder bug, among many others. Each type of pest you’ll encounter comes with its own challenges.

When you’re deciding whether or not you should call in an exterminator, it’s important to think about how much trouble you’re having from their presence. Ask yourself whether it’s something that you can stand or something that really should be handled by a professional. In many cases, a professional’s expertise can get rid of the problem more effectively.

Consider your options wisely. You want to choose a company who has experience and who works in a professional and efficient manner. Let them know of any concerns you might have. For example, harsh chemicals could be dangerous for children or pets, so you may need to ask for safer solutions. ZAP Pest Control will be able to address your concerns and make you feel at ease.